The Arena – Verona’s most famous monument, known all over the world!
Situated in Piazza Bra’, the Amphitheatre was built in the first half of the 1st century A.D., in the period which marked the end of Augustus’ reign and the beginning of that of Claudius. It is the third largest amphitheatre in Italy, after the Colosseum and the amphitheatre of Capua.

Its elliptical shape produces perfect acoustics from every physical stand point in the arena and enhances its capacity to accommodate a great number of people.
Performances used to take place in the centre of the amphitheatre, the “harena”(hence the name) or the area covered in sand where gladiatorial combats were held, the sand being used to absorb the blood of gladiators and animals.

In its “platea” and “cavea” the amphitheatre could contain 30.000 people. It consists of three concentric rings: only a brief section of the external ring remains – the so-called “Ala”.

The façade was built in limestone (white and pink in colour) from the Valpolicella quarries. Its original colour has come to life thanks to recent restoration. The second internal ring remains intact with its double tier of seventy-two arches. 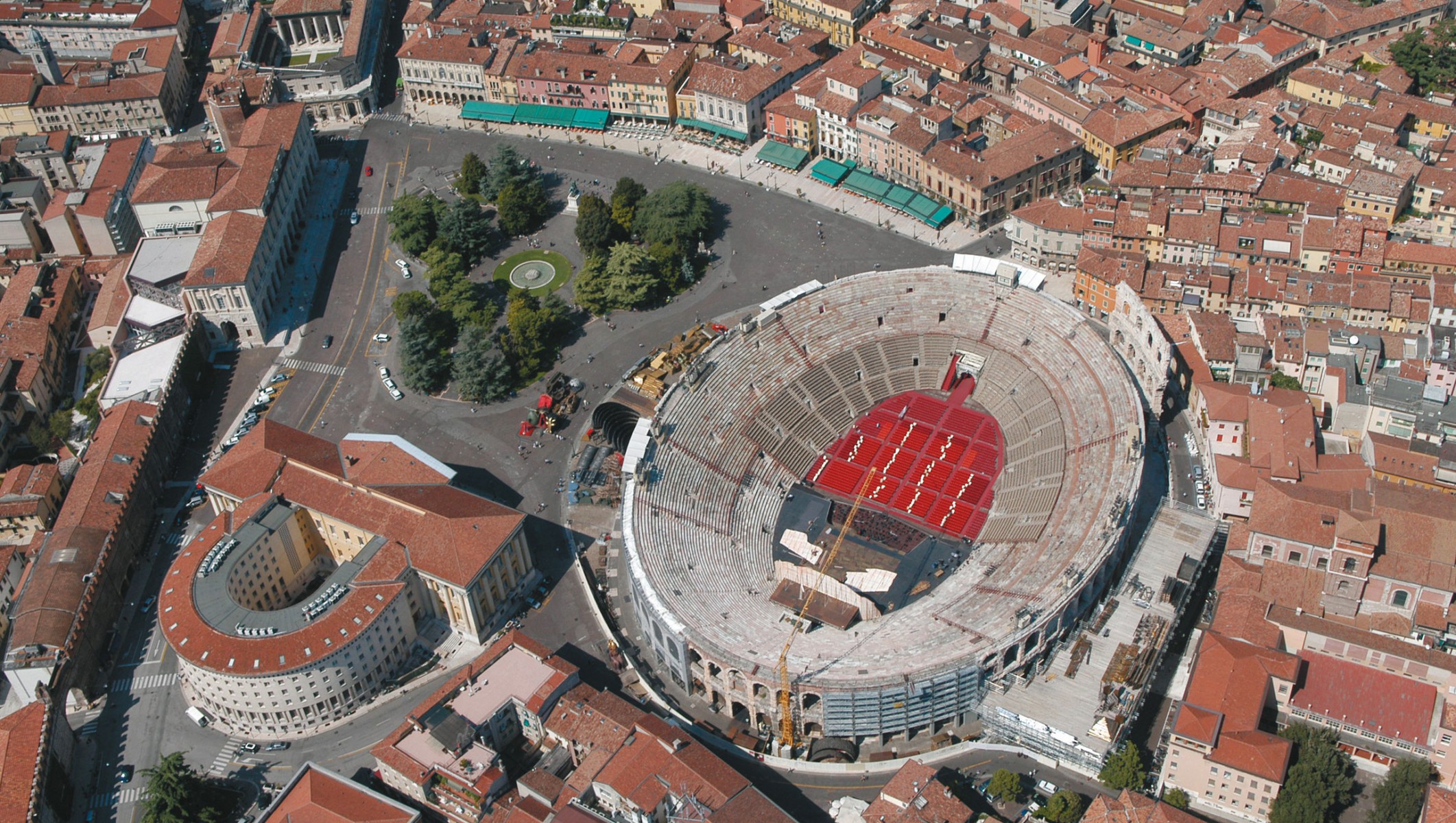